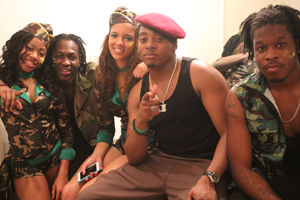 He is well known as Triniboi Joocie, the most sought after UK soca artist on the verge of blowing up
, however to his close knit circle and steel pan family, known as Rodell Sorzano. Born and raised in Trinidad & Tobago, Triniboi Joocie grew up in the place that birthed steel pan, the colourful neighbourhood of Laventille. Scolded for messing about he was encouraged to play pan and this is where he found he was a natural at identifying sounds. He has been on the soca scene for the last three years and does not fail to emphasise this point to us, upon meeting. One however cannot fail to notice and acknowledge his 15-year career as a star in the music scene. The emphasis he places on acknowledging just his 3-year career is evidence of his humble attitude, the respect he has for established artists who have paved the way and worked hard and the leadership qualities that he possess.

In 1996, iconic beams radiated across the press and publishing world of Trinidad & Tobago. Just barely tall and at just 8-years old, Triniboi was the first, youngest pan player in the NuTones Steel Ochestra band to win a Panorama title. In 1998, he gained his first stage experience, performing alongside Wayne Rodriguez the former Xtatik band member and winner of the Road March song ‘Footsteps’. Enthralled by his performance, he was invited to England to come and play with one of UK’s well known steel orchestra bands, Ebony SteelBand. The transition to England was an easy one for the young man, as his mother had been born there.

Whilst in England, he attended West Thames College in Isleworth, West London. He was later awarded a scholarship at the De Montfort University where he studied performing arts and in 2011 awarded an Honours Degree. His first foray as a UK soca artist happened in 2006, where ‘Easy Fame’ crept into the soca music scene. In 2009 he professionally recorded ‘It’s Time’ with Iron Fist Productions. The successive year saw Triniboi release his first ever album ‘Within De Soca’ and through ‘Big Ting Dat’ notch a nomination in the UK Soca Monarch. 2010 was not to be his year, as amid controversy he failed to win the prize. However in the same year he was invited by Shaker HD of Soca Frenzy where he was the headline act performing the same song.

Undeterred in 2011 he performed at the Calo festival alongside Machel Montano, where a golden opportunity presented itself.  Kernal Roberts, the son of the, late Lord Kitchener and soca artist Patrice Roberts’ cousin, was impressed with his performance that he was invited back home to Trinidad to work alongside him.

Whilst he has continued playing pan, he has had his eyes set, on becoming a well-respected, established soca artist and ambassador, flying the flag for soca music in Europe. He is unique on stage and in his songs and is one of the front runners in the UK soca scene to produce a soca production involving dancers, stage props and smoke machine. Hardworking he has written for many, amongst them Olatunji Yearwood, worked with London, SD Productions and T&T Precision Productions. He is a teacher, a songwriter, producer, performer, mentor and an inspiration to those around him, most notably the Joocie Camp. Through pan and music he has travelled the breadth of England performing at events such as Poetry in Motion, The 02 Arena in Leicester and has performed in Cannes-France, Hyde Park-London, Labour Day-New York, Paleo Music Festival in Switzerland and Rotterdam carnival to name a few. He has also appeared on Tim Westwood, the radio one hip hop DJ/ambassador and on T&T’s Synergy Nights TV.

2012 has seen Triniboi Joocie gracing T&T carnival, supporting many London fetes and performing in quite a few mas band launces. He has already given us his latest offerings ‘Go Down’, Party Anthem, Controlling Meh and the latest reproduced Kernal Roberts track ‘Beast In Meh’ and has already released two videos. At the time of going to press, Triniboi Joocie was busy preparing for the UK Soca Monarch to be held at Kings Cross Scala on the 19th August and prepping for Panaroma just around the corner. We wish him all the best and despite his busy schedule managed to grab a few minutes with him in an exclusive  behind-the-scenes, life of the Joocie Camp. 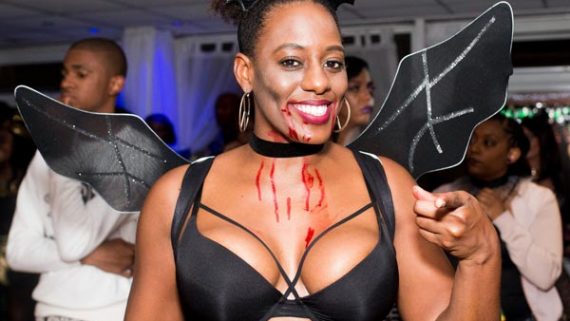